Rat Na – Flat Noodles with Gravy was originally cooked in China, prepared only in high-end restaurants where it became very successful. Teochew people (Chinese people native to the Chaoshan region) began cooking and selling it to working-class people as it was quick to make and filling which helped its popularity and spread to Thailand.

The history of Rat Na 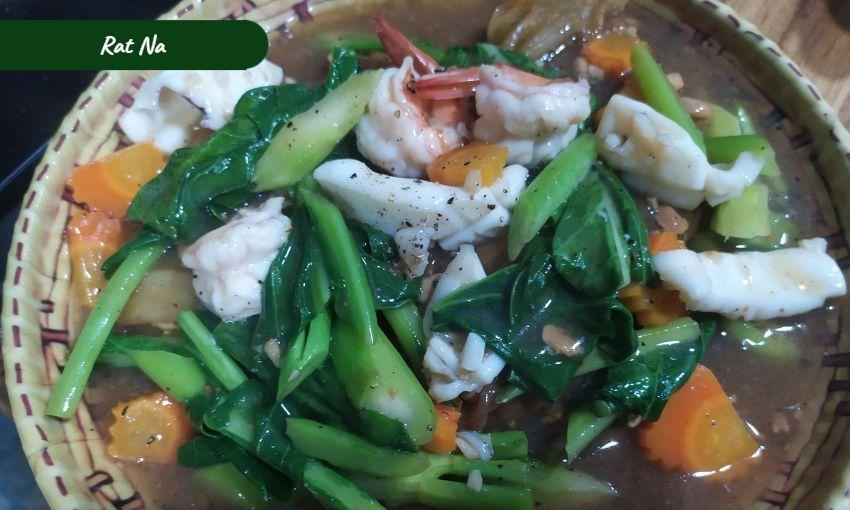