Pad See-Ew (stir-fried big flat noodles with black soy sauce) is a popular food in Thailand. It is a food that is usually a menu of every restaurant that sells stir-fried noodles. The cooking style is similar to fried noodles, but with sweet black soy sauce added and using kale as a base ingredient.  The noodles that are usually used are the big flat rice noodles. The popular meat used are chicken or pork and eggs are also often included. Seasoned with soy sauce, sugar, fish sauce and stir in a high heat pan. The general flavour of fried noodles is sweet and sour with dried chilli an optional extra for those who like spice.  Parawan’s Thai Home cooking classes with show you an easy step by step method to cook at home. 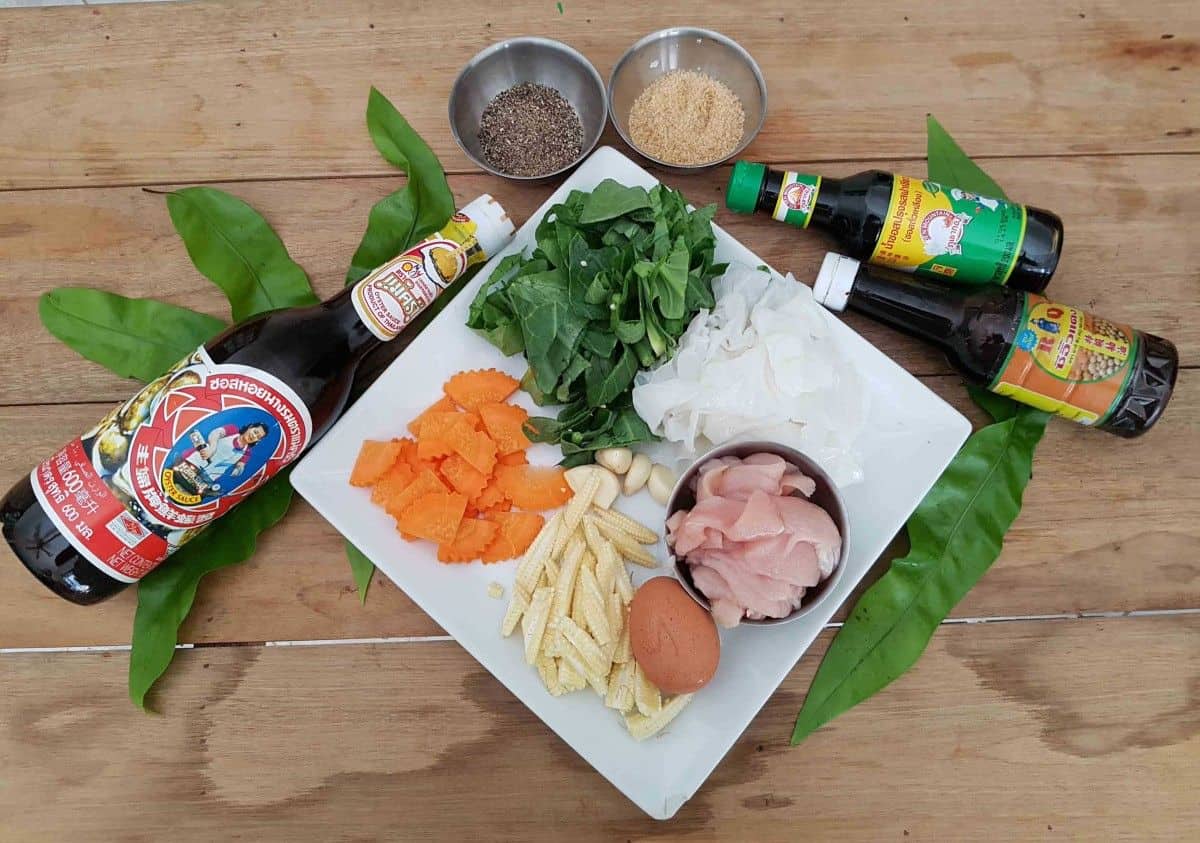