The history of Pad Thai

Pad Thai which was previously called Pad Thai Noodle became popular due to the economic downturn of the country during World War 2 and as rice was expensive Field Marshal P. Pibulsongkram campaigned for people to prefer noodles instead of rice. Meat fried with noodles was too similar to Chinese food (Thais wanted to be different) which caused the invention of Pad Thai which they called Thai fried noodles. This had a mixture of thin noodles, eggs, chopped Chinese chives, bean sprouts, chopped radish, yellow tofu, roasted peanuts and dried shrimps. Additional ingredients such as chilli, fish sauce and sugar were used to season the dish.

Originally, Pad Thai had no meat ingredients, especially pork, because it was thought that it would be too similar to fried noodle noodles. Therefore, tofu was used instead in the recipe, then depending on the area other ingredients were added such as fresh shrimp also known as Thai Thips, fresh shrimp for Chan noodles (rice noodles) and wrapped in eggs. Chicken can also be used in Pad Thai. Nowadays, Pad Thai is considered a famous food of Thailand. Wherever you go, there are always shops selling Pad Thai, often sold together with fried clams because they are using a similar cooking method (using a flat pan for similar stir frying), Not only popular in Thailand Pad Thai is another Thai food that foreigners are familiar with, making Pad Thai one of the most recognisable Thai foods. 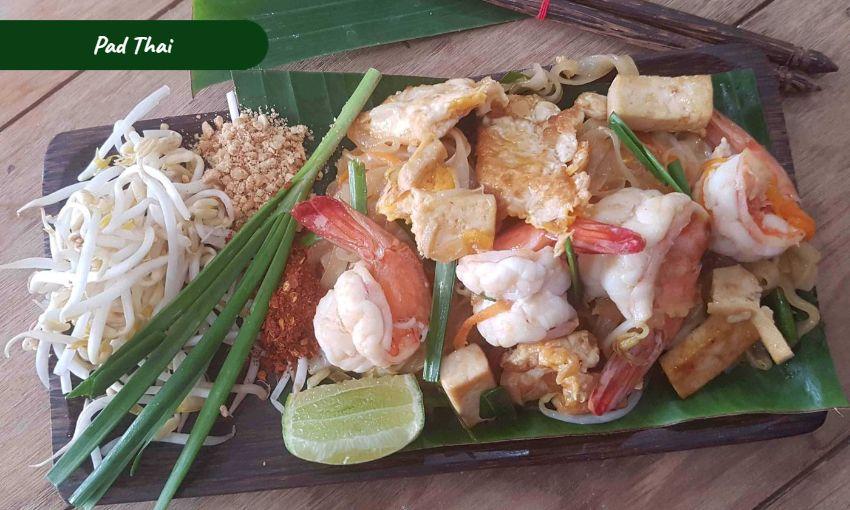 Parawan’s Thai Home Cooking Class will show how to make a nice Pad Thai in an easy way, but as some ingredients may be difficult for you to source at home we will vary slightly from the traditional recipe. The recipe that we shall use can be adapted to be suitable for vegetarians and vegans too by excluding chicken and prawns. 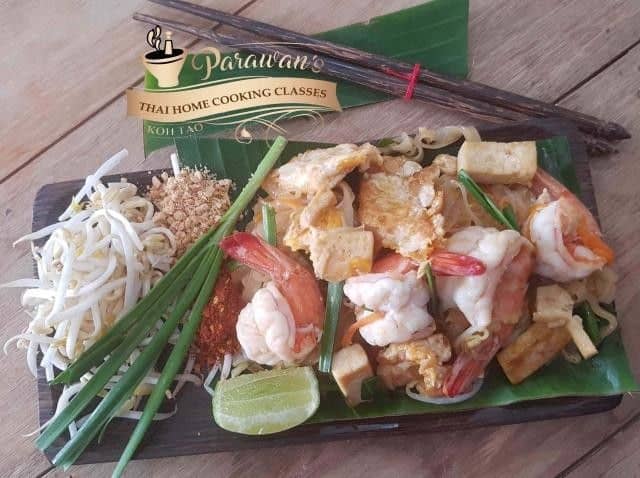