Learn How To Make Thai Vegetable No Name

A dish is usually served as a vegetarian option and this delicacy that is very popular in Thailand. T 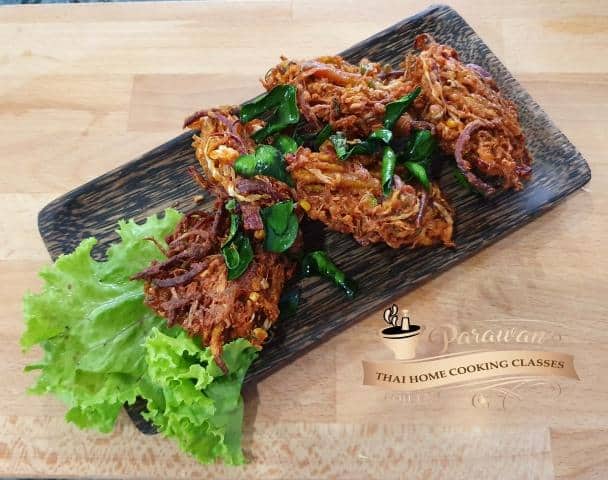 he snack is made with little vegetable fritters and it has no specific name just as it sounds.  It is similar in origin to other great popular dishes from other parts of the world like buble-and squeak or a pakora.   Hardly found in any eateries outside of Thailand, this vegetarian dish is a delicious treat for many Western tourists who are visiting the country. Normally, the snack is served with some tomatoes, lettuce, and sweet chili sauce. It can also be served with a curry paste typically the Panang curry paste or spicier red curry paste.  When I teach how to make No Name in my cooking classes, providing the people taking the course don't mind a bit of spice I include the curry past in the process of making the fitters themselves by adding it to the vegetables before they are cooked.

This dish is called No Name apparently because it was made in times of poverty out of whatever scraps were around the kitchen. The dish was never given a name because it was made out of necessity and no one expected this to appear on a menu in a restaurant.   Parawan’s Thai home cooking class suggests some popular ingredients to use, but you can experiment with any scraps you have at hand. They also work as well with minced meat like pork, chicken and there is a more sophisticated version that can be made with prawns.

For those who have never tried no name vegetable before, you might be wondering how this quick vegetarian snack tastes like. Well, it offers that distinctive Thai balance of flavors that perfectly bring four different kinds of tastes(i.e sweetness, saltiness, a bit of sour, and spiciness) together. Just like other special Asian delicacies such as chicken tempura or vegetable tempura, its taste is delicately complex but out of this world.

The origin of No Name Vegetable

No name vegetable has an interesting origin. The dish was invented by Thais during times of poverty when citizens struggled to make ends meet and food was so scarce a commodity that people could barely survive on scraps. Consequently, it was invented out of scraps. The dish was never given a name since it was invented accidentally out of necessity. At that time, no one knew that the delicacy would become so popular a few decades later that it would be served as a snack in major eateries across the country. It probably gained popularity when American soldiers on leave from the Vietnam War who were visiting Thailand discovered and fell in love with it. They would go around asking to be served "special no name vegetable." That's how the delicacy came to be know by this name. Some Common Ingredients for No Name Vegetable

No name vegetable is made with chopped vegetables and some other ingredients. Below is a list of some of the more commonly used ingredients to make it;

No name vegetable is not only a great way to add vegetables to your families diet, but also a great way to use up food leftovers that may otherwise end up in the dustbin. This vegetarian delicacy tastes superb with a distinctive combination of four different tastes as highlighted above. Though listed above are the ingredients typically used for it, you are pretty much at liberty to experiment with any food scraps you have at hand. This is one of the most versatile recipes that you'll find in Thai cuisine.  This dish works well as a side dish with a meal and is an ideal finger food or party snack.

To learn how to make it and experiment with any food scraps you have at your disposal, be sure to enroll in our cooking class. We are a dedicated Thai cooking school that teaches our students how to cook different varieties of local dishes. So, what are you waiting for? Enroll today and let's get started right away. 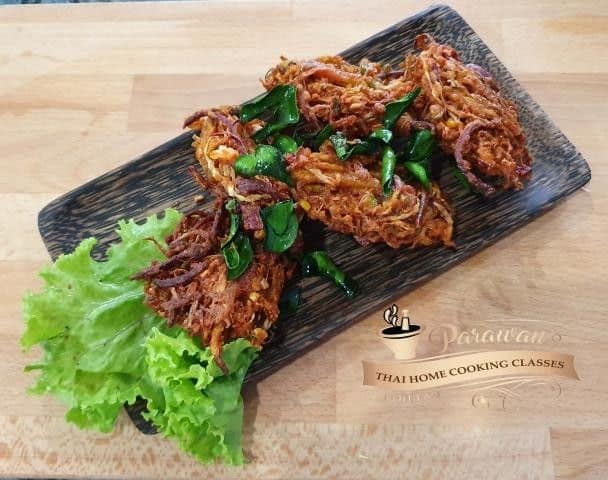