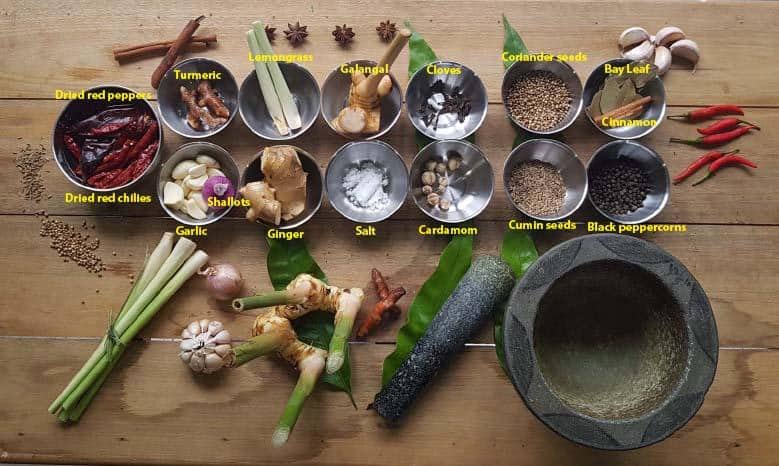 Learn How To Make Massaman Curry

The history of Thai Massaman Curry

"Massaman" is a curry with coconut milk, curry paste and spices imported from Persians. Thai people in the central region in ancient t 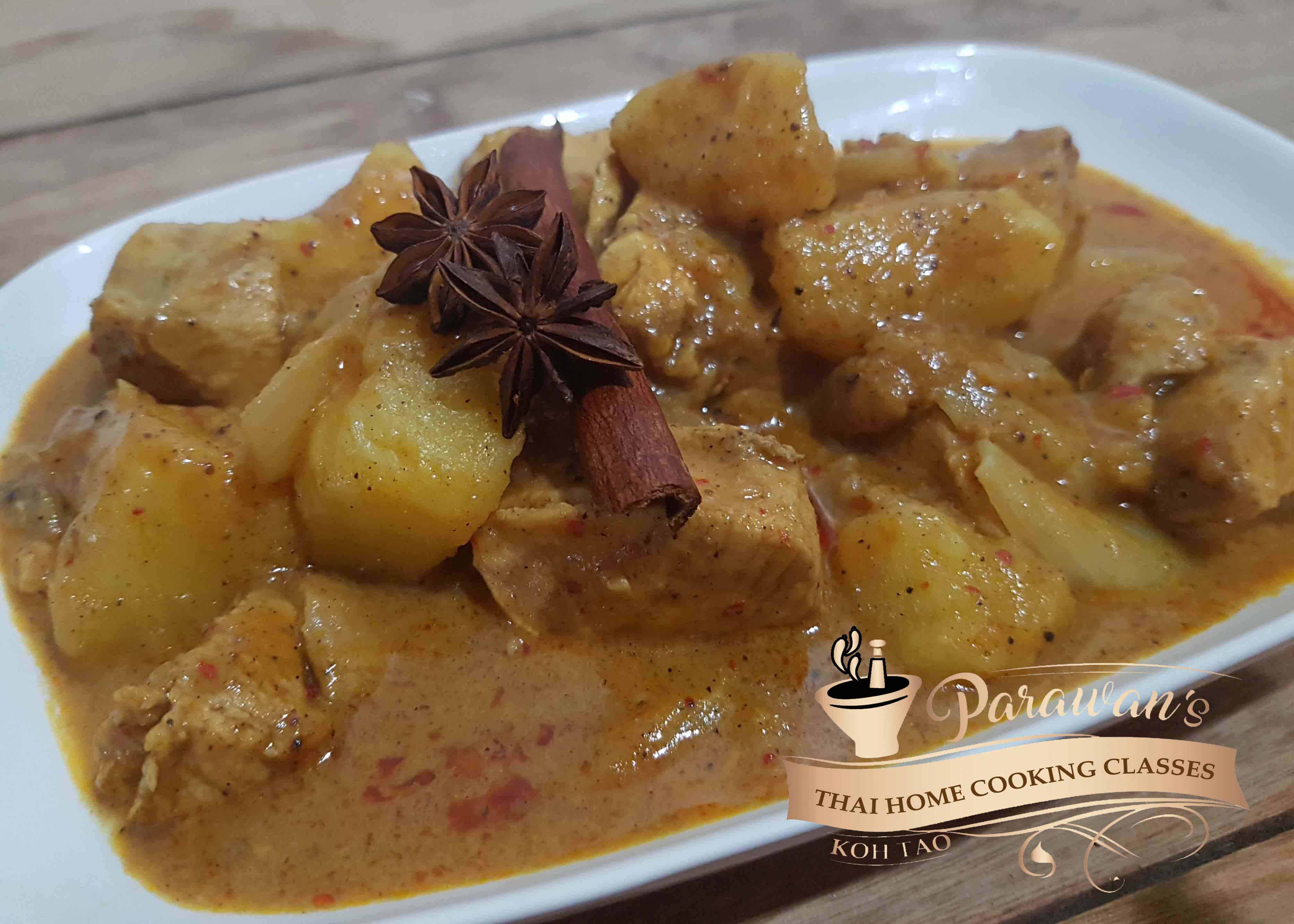 imes brought in a curry that each family didn't make often, it was popular for parties and receptions. In those days the curry required expertise to make it since the ingredients and methods are quite complicated. Massaman curry is a coconut milk curry that has a thick sauce and most importantly, there must be oil on the sauce surface in order to be appetizing. Most commonly used with beef and chicken, it is a side dish topped with rice or as a snack eaten with bread, rice crackers and crackers.”

Massaman curry is a popular, and delicious, Thai dish it was again voted the best food in the world on CNN's Wold's 50 bests foods poll in 2021. The word "massaman" derives from the Hindi word mace or masala, referring to a paste of meat spices. The traditional recipe for massaman curry includes beef (usually seared before cooking). The meat is browned in oil and the ingredients are simmered for a long time. The dish is served with rice, sometimes with boiled vegetables on the side.  Common ingredients in Massaman curry are;

If you are taking the course with me here on Koh Tao then don't worry I will ensure that you have everything that you need and if you are taking an online course then I will send you a shopping list of which ingredients you need before the class.  If you have any food allergies then let me know those in advance as I can adjust the recipe accordingly for you, the same goes for if you would like to make the dish as a vegetarian or vegan Massaman curry.

While there are several interpretations of Massaman curry's origins, causing the dish to be disputed as much as any other dish of Asian cuisine, one of the most widely accepted is that it was originally an Indian dish with Hindu influences. The most popular stories are those that involve the British (Anglo-Indian) traders who frequented southern India during the eighteenth and nineteenth centuries. These merchants were said to be responsible for introducing a variety of food items from their home countries to southeast Asia, including nasi lemak (a Malay coconut rice dish) and various types of curries.

In this iteration, Massaman curry was supposedly created by a British trader in India in 1818, after which he passed it on to his family in Malaysia. The story goes that the British trader, who frequented the area during colonial times, created the dish by adding meat, coconut milk, and spices to rice from Bengal cuisine. After approximately 60 years of cooking this way, he passed on his secret recipes to his children. When his sons immigrated to Malaysia, they passed on the recipes and knowledge of the recipe to the Thai people of Malaysia and Thailand. It is said that when they moved to Thailand, they asked the local people how one would say "meat" in Thai. Because "má·sà·màn" sounded like "maa·som" in Thai, which means "pot", it was adopted as the name of this new dish.

Another theory that exists is the belief that the dish can be traced back to the time when Thailand was under the rule of Siam and then named as the Thai-Siam Kingdom. The original

name of this dish "massam" derives from an ethnic Khmer word which means "to make." In Old Siam, it was known as "massamaya", meaning "to cook". It is believed that Massaman curry was first developed by ethnic Khmer people in their ancient capital city of Ayutthya. During the Ayutthaya Kingdom, Massaman was most likely eaten by rich people who ate foods that were expensive at that time. The fact that this dish has survived through time reflects its popularity and appeal to all classes of people.

Despite its unclear origins, and due to its popularity and the widespread availability of Asian groceries these days and it's availability in restaurants, Massaman curry is nowadays commonly seen as a Thai invention courtesy of its prominence in Thailand's food culture. It has become one of Thailand's national dishes, typically served in a clay pot called the "ka-tham-lak" which is lined with banana leaves and covered with aluminum foil before cooking to keep in moisture during cooking. Massaman curry is most popular in Southern Thailand, but can be found in other parts of Thailand as well.

The curry is an all-time favorite that most Thai people love to eat- not only because it is easy to make, but also because it contains many health benefits. It is easy to find Massaman curry in restaurants, street food stalls, and certainly in any market or supermarket. You will be amazed at the number of stalls that sell it. In Thailand, Massaman curry is sold as street food, usually by vendors hawking their wares on the side of busy roads in popular tourist spots. Here, it is often served with steamed rice and sliced or whole boiled potatoes. When eaten, it generally goes well with sticky rice, bean sprouts or lettuce leaves on the side as well.

Mussaman curry is sweet and savory, with complex layers of flavor that arise from the use of the many different herbs. It is typically quite mild in taste, and is often a bit sweeter than other curries because of the addition of coconut milk and sugar, as well as the aforementioned herbs and fruit such as tamarind and mango. Other curries are often spicier as well because they include peppers and other hot spices as additional ingredients, though these can also be present in Massaman curries.

Massaman curry can be made with several types of meat, such as pork, beef, and chicken, but the main ingredient is usually red meat and not poultry. Still, chicken is sometimes preferred because it brings in a lighter flavor to the dish. The most common vegetarian additions you’ll encounter in the curry include eggplant, but others such as taro, green beans or jackfruit are also frequently available. Some vendors will also include small amounts of fish, sweet potato, or pumpkin.